A photo-diary of happiness and humanity in times of mandatory quarantine. 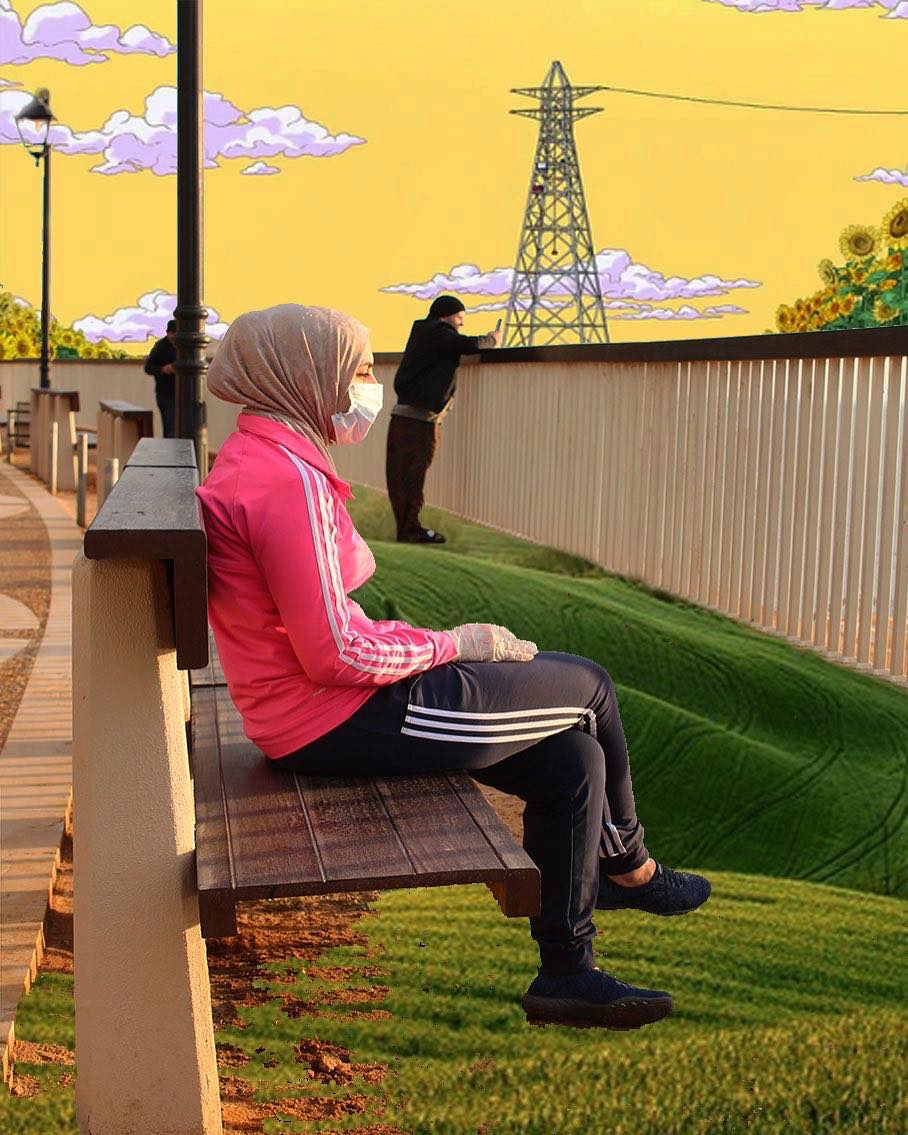 When I landed at Queen Alia Airport, as I was waiting to pick up my bags, I overheard panicked voices,

My heart started beating fast. I spent the many flights back from Honduras worrying about this exact scenario. My first instinct was to ask one of the countless officers manning the airport. He confirmed and my mind immediately imagined the worst.

My phone starts ringing at that exact moment, making my heart go even faster. My mom is calling to tell me that the government just announced a mandatory 14 day quarantine for all passengers arriving today. With my mom’s voice sounding in one ear, the same officer is directing me,

Apparently we’re going to be placed in hotels in the Dead Sea. The panic is palpable, people around me are yelling and freaking out, you can’t but hear everyone and no one in particular.

One woman even screamed, as she attempted to rally the crowd into protest. 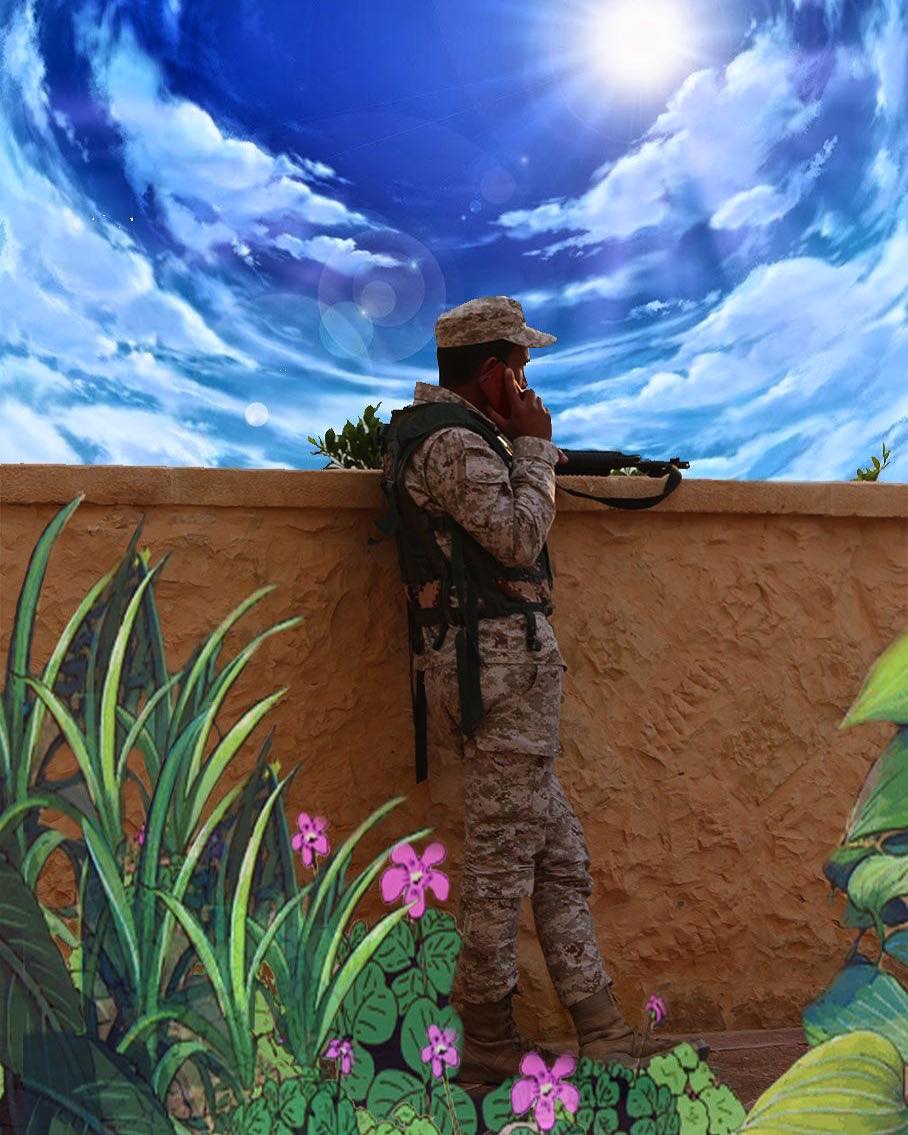 Flashback a couple of days. My cousin from Honduras (My mother is Honduran) is getting married and I’m a bridesmaid for the first time. Que emoción, no? The rest of my family can’t make it so I really couldn’t miss the wedding.

I had bought my flight to Honduras when coronavirus was only something we knew to be spreading in China. No one really paid much attention to it and initially it didn’t even cross my mind as a potential problem to my travel plans.

The day I was flying out of Amman, the virus had gotten to Italy and people became more concerned. I still didn’t pay much attention to it. When I got to Honduras, with a jam packed schedule of pre-wedding events, the virus was busy infecting people all over Europe! Fast forward to the day of the wedding, while I was getting dressed, my parents call me to say that the Jordanian borders are shutting down tomorrow.

The situation’s intensity hadn’t sinked in yet as I was looking for a flight for the day after the wedding. I mean, I’m literally already dressed.

There was nothing available. Every single flight was cancelled. After many panicked phone calls and flight searches, long story short I found a convoluted route to get back home, but I needed to leave immediately. As in, my flight is in a few hours, get out of the wedding dress, pack your bag, and don’t you dare forget your passport!! 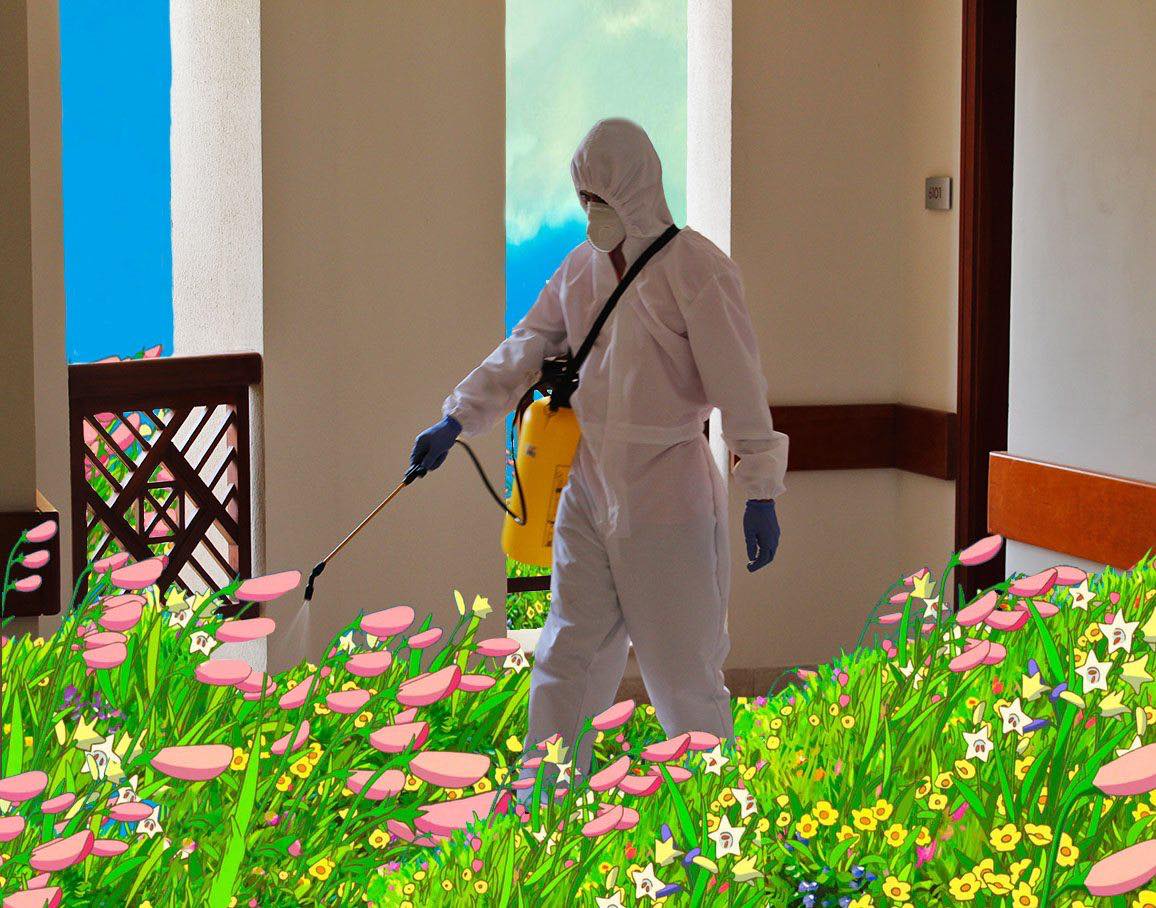 Back to reality, the crowd outside the airport is getting even more panicked as the officers very respectfully continue to usher us onto the busses. I didn’t imagine that a popular protest would do anyone any good so I decided to just get on the bus. We’re going to a hotel in the Dead Sea, but no one knows which one exactly, not even the officers.

We arrive at the hotel, a sea of confused faces floods the lobby. Each of us is given a room key. Couples and families are divided as each person has to self isolate in their own room. I was given a ground floor room, with a balcony near the pool.

We would receive 3 meals a day, everyday. When the hotel staff bring the food they knock really hard and loud on the door. Every time they would knock, my body would get this weird surprised feeling. The same feeling you get when your door bells rings and you’re not expecting anyone, but multiplied. 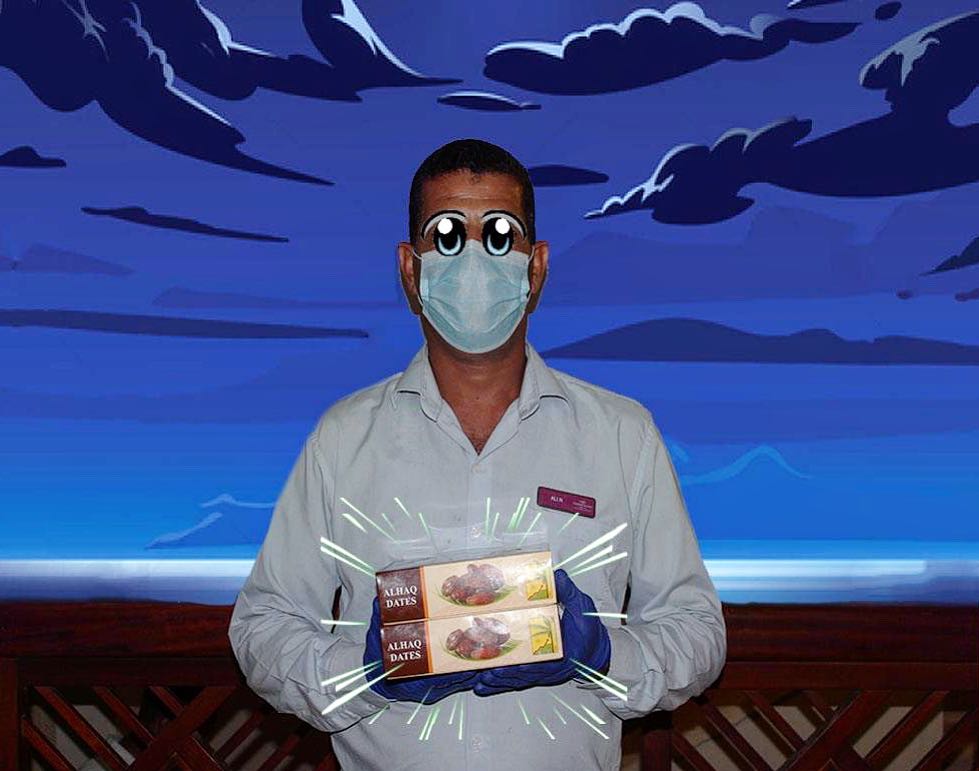 One day the WiFi stopped working in my room, so they gave me a miniature bowling set. That wasn’t enough entertainment. Thankfully, I had my camera with me so I ended up spending hours on my balcony, taking photos of fellow quarantiners, staff and soldiers as they went back and forth.

I would photograph all my surroundings and random events around the hotel. Unfortunately, I did miss one milestone event, a quarantine wedding. The couple had just gotten married in the US and were returning to have another wedding for their family and friends in Jordan. That obviously wasn’t possible anymore, at least not for a good while.

So the hotel staff were thoughtful enough to set up a safe wedding celebration for them, with a makeshift wedding cake. The couple dressed up in full wedding attire and in front of a few guests and staff cut the cake as they celebrated and cheered. Unfortunately, I was not allowed to attend and take photos, which was annoying but understandable. The next day when I went to congratulate the couple, I ended up having a little photoshoot for them. 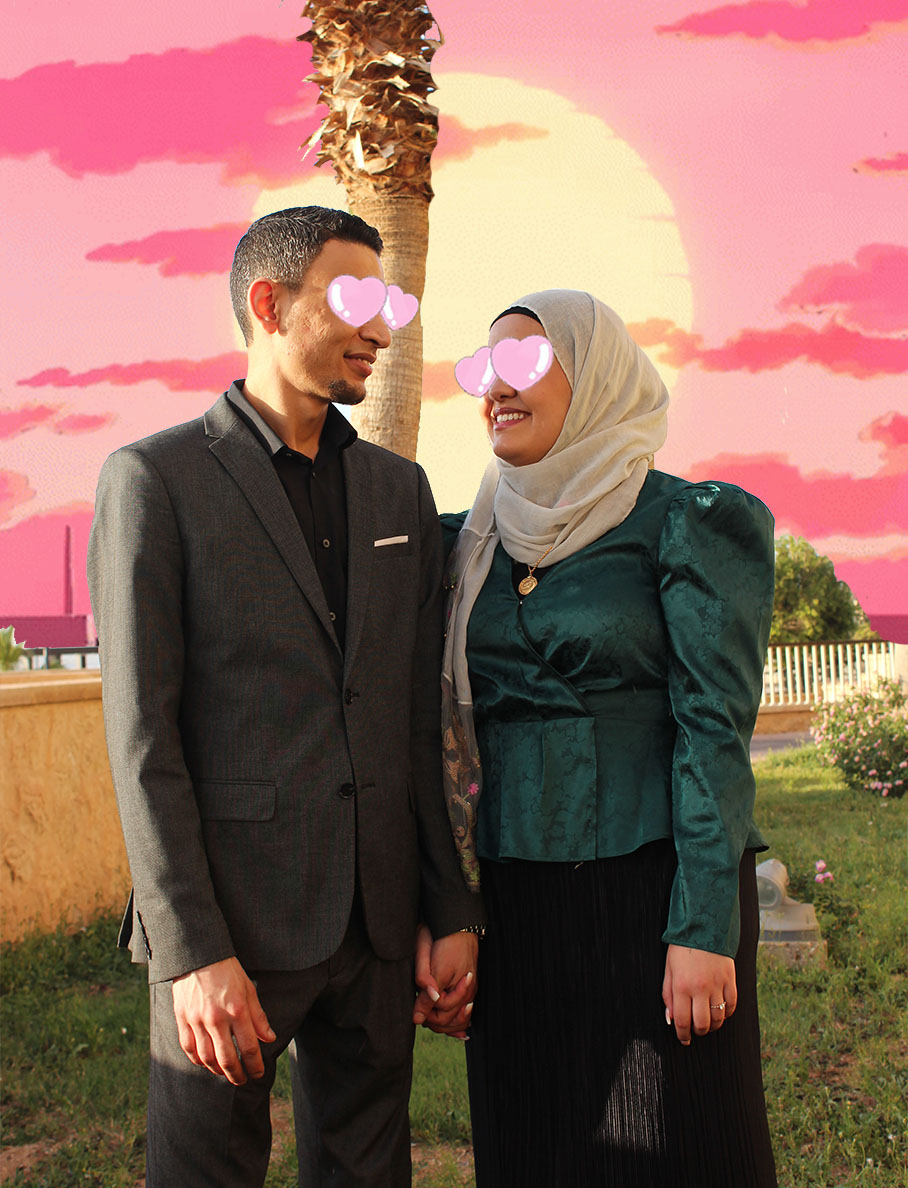 As I was looking through the photos from my time in quarantine, I decided to turn them into a series that more clearly reflects the happy reality it indeed was. This was not even close to being as bad as what I had first imagined. On the contrary, I am very impressed, proud and thankful for my government’s actions. The hotel was operating with a limited staff who were all working very hard for long hours on end to keep us all safe and happy. I commend them for their fortitude and professionalism in the face of this crisis.

What I aim to do with this series is overturn viewers’ expectations as they imagine this scenario. My instinct tells me that many, like me, will immediately think the worst. But in fact, the experience overall was surprisingly pleasant. Anime came to my mind as possibly the best tool to achieve this aim. It is all about bright pop colors, radiant emotions and amazing animation.

The picture of the girl looking out at the view was one of the most challenging. It was taken on the very first day of quarantine and everyone was still stressed out and sad. The soldier wouldn’t allow me to photograph him, but after ample begging he gave in. The other photograph of the hotel employee carrying dates is one of my favorites. He was kind of our quarantine Santa Clause roaming around the hotel, giving away boxes of Jordan Valley dates to all the guests. When he arrived at my room, he was so sweaty and excited. It spilled over and made me super excited. Excitement is contagious I guess.

Even though mandatory quarantine was not bad, being back at home right now feels better than ever. 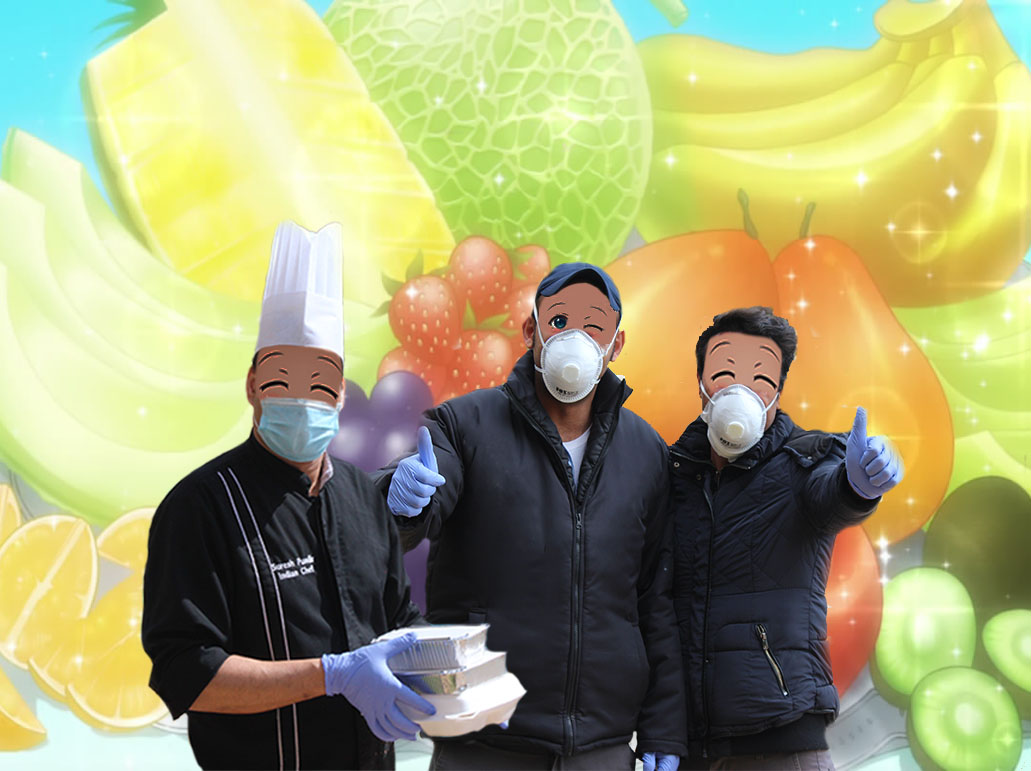 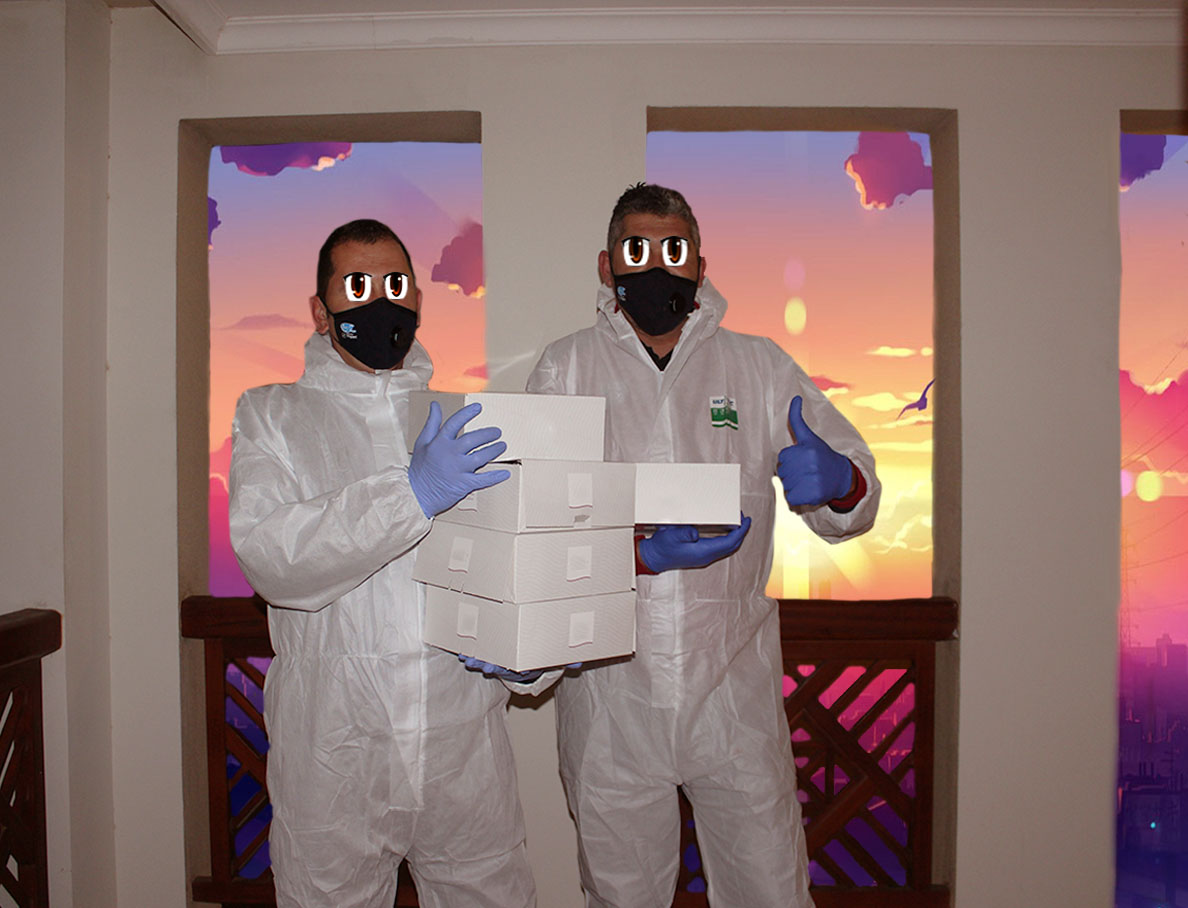 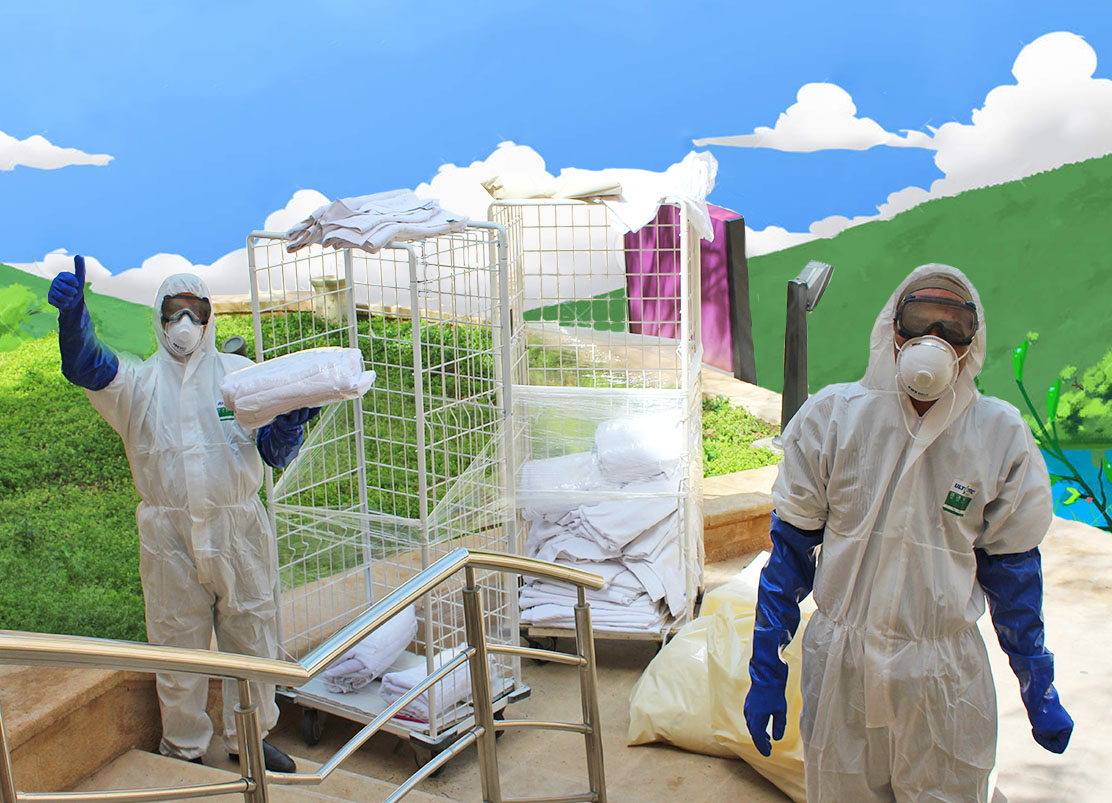 Natalie Lama is a photographer and visual artist based in Amman, Jordan. Follow her on instagram @daliilama to see more of her work.